From the moment Roll Player Adventures (RPA) arrived in 2021 people were asking if there will be more campaigns available in the future. The designers even made a guide to make your own adventure so players could make there own stories in the world of Ulos. Now they are back with a new kickstarter which launches november 1st. It’s a seven adventures long campaing which takes plays 2000 years before the original story. For our podcast Keith Matejka was kind enough to answer some questions and share some insights on this new expansion. In this article I’ll try to give an overview of what people can expect in the newest addition in Roll Player universe.

Please be aware that this article contains some small spoilers!

Something Old
This expansion takes playes long before the original RPA, around the same time the cartographers are mapping the world. It’s a peaceful time with no big wars to fight, but change is on the horizon. The Queen Gimnax establish a new Nation, Nalos. Some clans and city-states pledge there alligiance to her. Others group together and are forming the Dragul Allaince in order to resist the growing strenght of the queen. In the meantime the greatest inventor of that time, Gulpax, is making a device with tremendous power deep in a frozen wasteland. The peace enforced by the Heroes Guild and the immortal knight is under pressure. This is where the story begins…

Something new
Gulpax Secret comes with seven brand new adventures where people have to make choices just like the original RPA. The start of the first adventures is at the festival of heroes where the immortal knight adminster the test of champions. Anyone who pas this test is accepted in the Heroes Guild, a group of men and woman who protect the innocent. Right from the start the players have to make a choice which proffession they are going to take in this campaing. This gameplay element plays a big role in this story line and players can improve their proffession over time. While in RPA you develop as a team, in Gulpax Secret there is more attention for the individual members of the party. There there will be much more differences between characters than in the original game which I think is a great plus. Keith mentioned in the interview that there will be a summary of the rules which are changed within the new rulebook. He also stated that there will be more unique gameplay elements but he wants the players found out by themselves.

Something blue
I personally think that Roll Player Adventures is the perfect mix between a boardgame and role playing game. You can choose your own adventure, but within framework. The is some really good writing and it left me almost blue when I finished it. Within the kickstarter there is a chance to back the original game, the expansions and even a comic with some background story about some characters in the world of Ulos.

I would like to thank Keith Matejka for his time and insight in order to give me a glimpse of what is comming with the new expions for Roll Player Adventures: Gulpax’s Secret. It’s now on kickstarter. Go check it out! 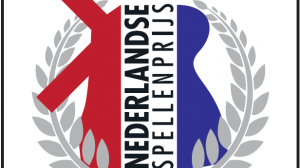 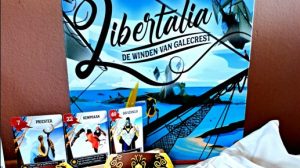 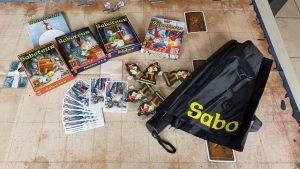